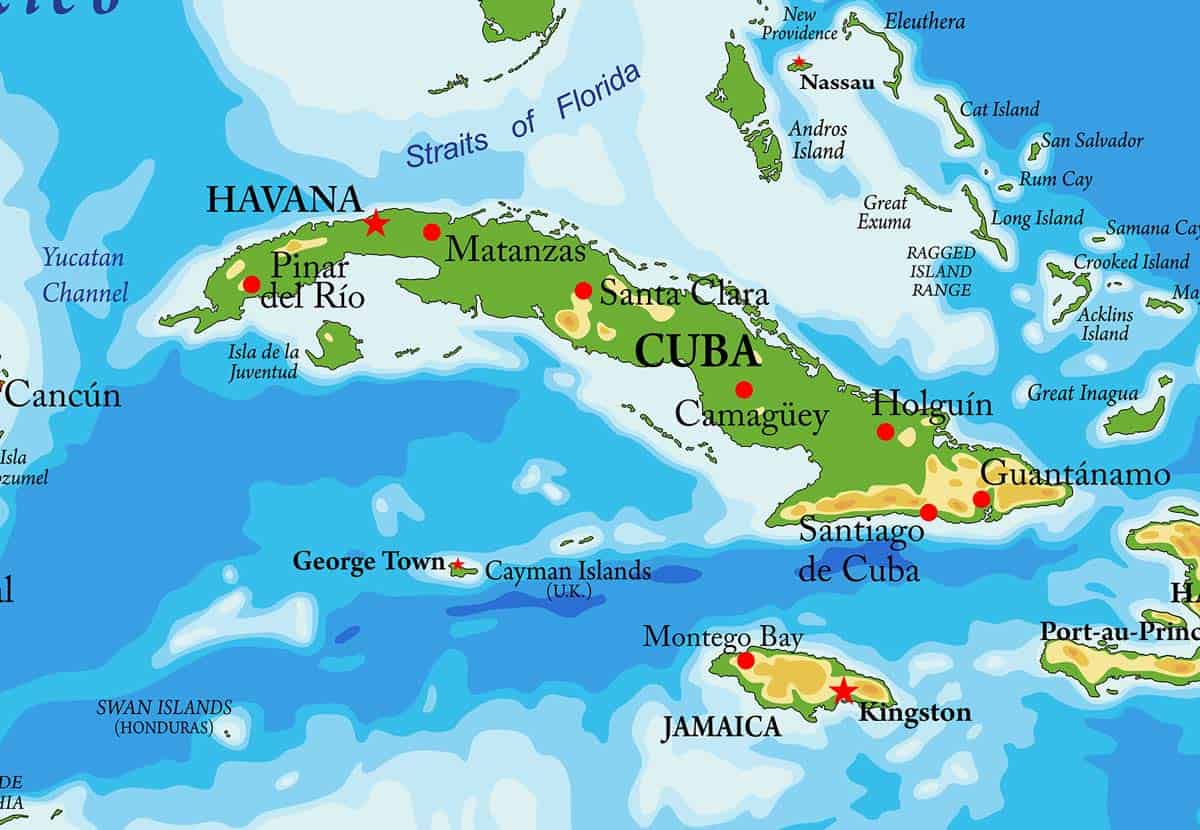 If you’d like to know everything about the Cuba Map: its surface and demarcations, as well as the different kinds of maps that exist, and much more; then this is the article for you, because we are going to give you every detail you need to know.

Cuba is the greatest island of the Antilles; an archipelago surrounded by 4 159 cays and small islands, and occupies a surface of 109.884 km².

The main island is 1 250 km long and its widest portion is 191 km wide which is located from Taracao beach in Ganado point, Camagüey to Camarón Grande point in Granma province. Its narrowest portion is 31 km wide and it’s located from Mariel to Majana, in the west of the country.

Turquino peak is the highest point of the Cuban archipelago, being 1974 meters high. In the same way, the longest river is Cauto river which is 343 km long and the most populated city is its capital, Havana.

It has an area of 104.556 km², the coastline is 5.746 km and it has 29 km of border. Furthermore, it’s made up of four groups of islands; from which two are located to the north (Los Colorados and Sabana- Camagüey, also known as Jardines del Rey) and they stretch out from Hicacos point to Santa Lucía beach.

The others two are to the south, and they are Jardines de la Reina and Los Canarreos in Largo del Sur cay, Isla de la Juventud.

Isla de la Juventud is itself the second largest island going after the main one, Cuba, having an area of 2 204 km2.

The third most important island of the Cuban archipelago is Romano cay which has an area of 936 km2, followed by Coco cay with 800 km2.

Cuba is located in the waters of the Caribbean Sea, to the east of the Atlantic Ocean, and has maritime borders with Mexican and American coasts.

To the west it borders with the waters of Yucatán Channel and to the east a strait known as the Windward Passage.

Cuba Map and its political limits

Cuba shares a maritime border to the north with the United States (Key West), which is 150 km away and with the Bahamas (Guinchos Cay) 29 km away.

To the south, Cuba has a maritime border with Jamaica of 148 km and to the east with Haiti for 210 km and to the west with the United Mexican States.

This is the Cuba Map that shows the division of the Island into provinces and municipalities, including the special municipality, Isla de la Juventud.

The actual political division of the Island was stipulated in 1976 and was modified in 2010.

Since then, the former Havana province was divided into the two new ones Artemisa and Mayabeque.

The touristic map of the Island shows the indications and specific locations of ports and airports throughout the national territory.

In the same way, it shows the distances between each province and the principal cities of the country.

The satellite Cuba Map shows all the relief and the total surface of the Island, along with the cays surrounding it.

In the same way, it shows all the flat zones as well as the most important mountain systems.

Furthermore, it illustrates the entire coast around the Island, and its 298 beaches, as well as its rivers. 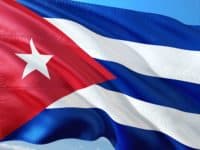