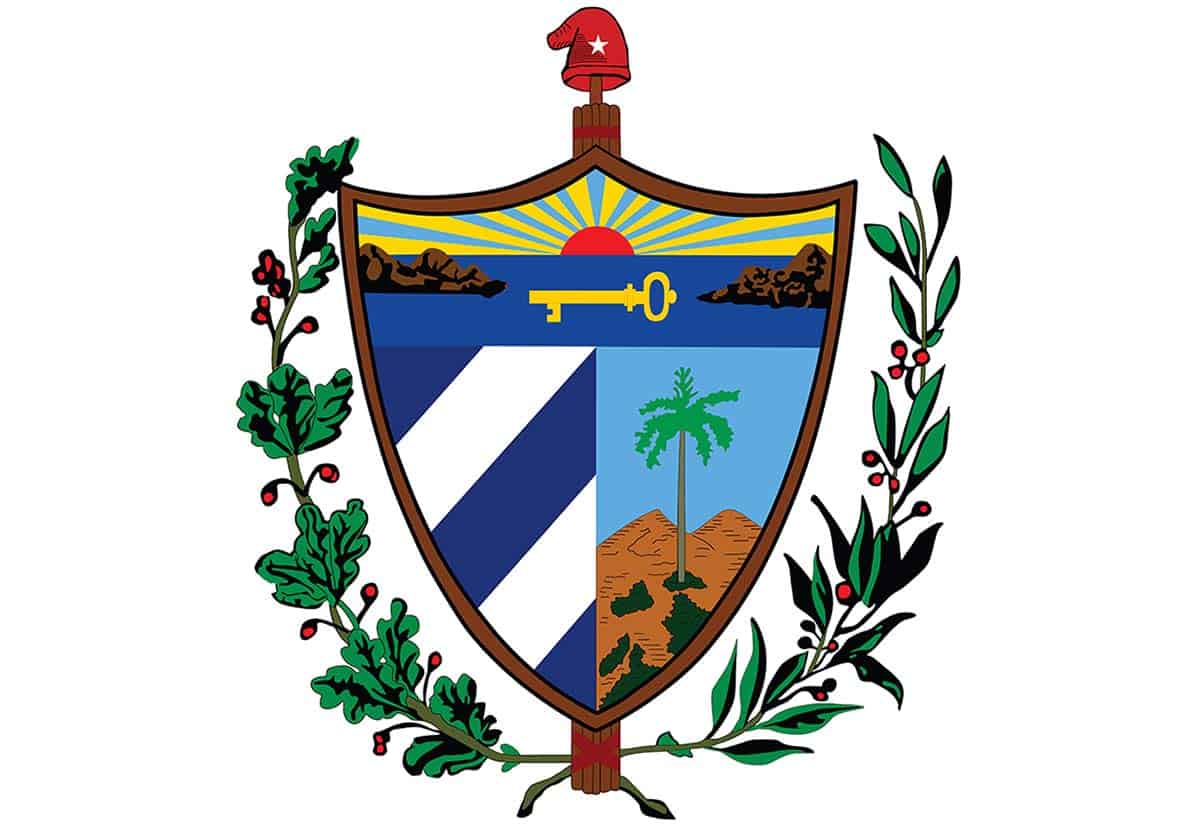 The cuba coat of arms is one of the national symbols of the Republic of Cuba and it is present in every governmental ceremony and assembly.

If you’d like to know its history and meaning, as well as every detail about it, we invite you to keep on reading.

Do you know how the cuba coat of arms is called? Well, it’s known as the coat of arms of the Royal Palm, because in its design is represented, among other elements, the picture of the national tree.

History of the cuba coat of arms

It was created in New York by the poet Miguel Tourbe Tolón as a request by Narciso López, who was the designer of the national flag.

It was designed in 1849 when the annexationist Narciso López wanted to seal the documents, proclamations and bonds he issued as chief of the Cuban provisional government in exile between 1850 and 1851.

Its first outline was made to be used at first as a vignette of the newspaper La verdad en Nueva York (The truth in New York).

Many of the elements used in its original design differ from the cu one, because it had a representation of the annexationist ideas of its designer.

What were the elements of the first design of the cuba coat of arms?

When was the current form the coat of arms established?

During the term of office of the first president of the Island, Thomas Estrada Palma, some details from the previous legislation were suppressed.

In the decree issued on April 21st, 1906, the definitive elements of the current design of the cuba coat of arms were established.

This design has remained unmodified until these days and it was established as a national symbol under Law 42 of the Republic.

Law No. 42 of 1986 about national symbols by the National Assembly of the Popular Power:

“The Constitution of the Republic establishes in article 2 that the national symbols are: the flag of the solitary star, the anthem of Bayamo and the coat of arms of the royal palm, which have been present for more than one hundred years in the Cuban wars for independence, rights and social progress.”

What are the characteristics of the current Coat of Arms of the Royal Palm?

The current form of the cuba coat of arms is formed by two arches of equal circles which cut each other as pointed warheads, splitting the shield in half.

It has three spaces or principal sections and a bundle of sticks tied on its top and bottom ends.

It also has a Phrygian cap with only one star and two interwoven sticks, one of laurel and the other one of oak.

Both sticks are presented with their ends leaning to the top of the coat of arms, decorating the sides of it.

Meaning of the cuba coat of arms

The upper section is two thirds of the total height of the coat of arms and it’s composed of a blue background which represents the sea along with two points of lands (representing the two Americas) which are located on both sides of this section forming a strait.

In that space there is a golden key made of a solid rod standing out and it’s located from right to left in the strait. This key represents Cuba as the key to the New World and the raising of a new nation.

The rising sun in the horizon at the back of the upper section is represented spreading its rays over all the land as a reminder of the geographical location of Cuba.

On the other hand, the inferior right section has leaning stripes from left to right with the same width and colors as the flag (blue and white), which represents the political division of Cuba during the colonial period.

The inferior left section shows a landscape of flat and mountainous green soil from which a royal palm, the national tree, stands out.

The background of this landscape is a light blue sky which as a whole represents the natural Cuban environment.

The design of the coat of arms is held up by an eleven-rod bundle which is joined by a red ribbon that is crossed in an x-form which means that there is strength in numbers.

This support can only be seen under the vertex of the ogive and in the upper part of the coat of arms, always in a central position.

The red Phrygian cap with the solitary star which appears on the top end of the rod bundle is the emblem of the French Revolution.

This cap has been used by men who got their freedom and the star symbolizes the new independent state.

It is prohibited to be used as an emblem, advertisement or part of an outfit, with the exception of uniforms regulated by arms institutions of the ministries of defense and internal affairs.

Its use is not allowed any in the following cases:

Among its principal uses is its representation in fiscal stamps, sacks and papers. But also, its other uses are:

Other old cuba coat of arms

The coat of arms which was given to Cuba by King Charles I. 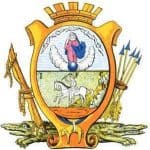 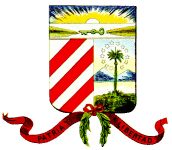 The coat of arms of the Republic of Cuba in Arms in 1899.