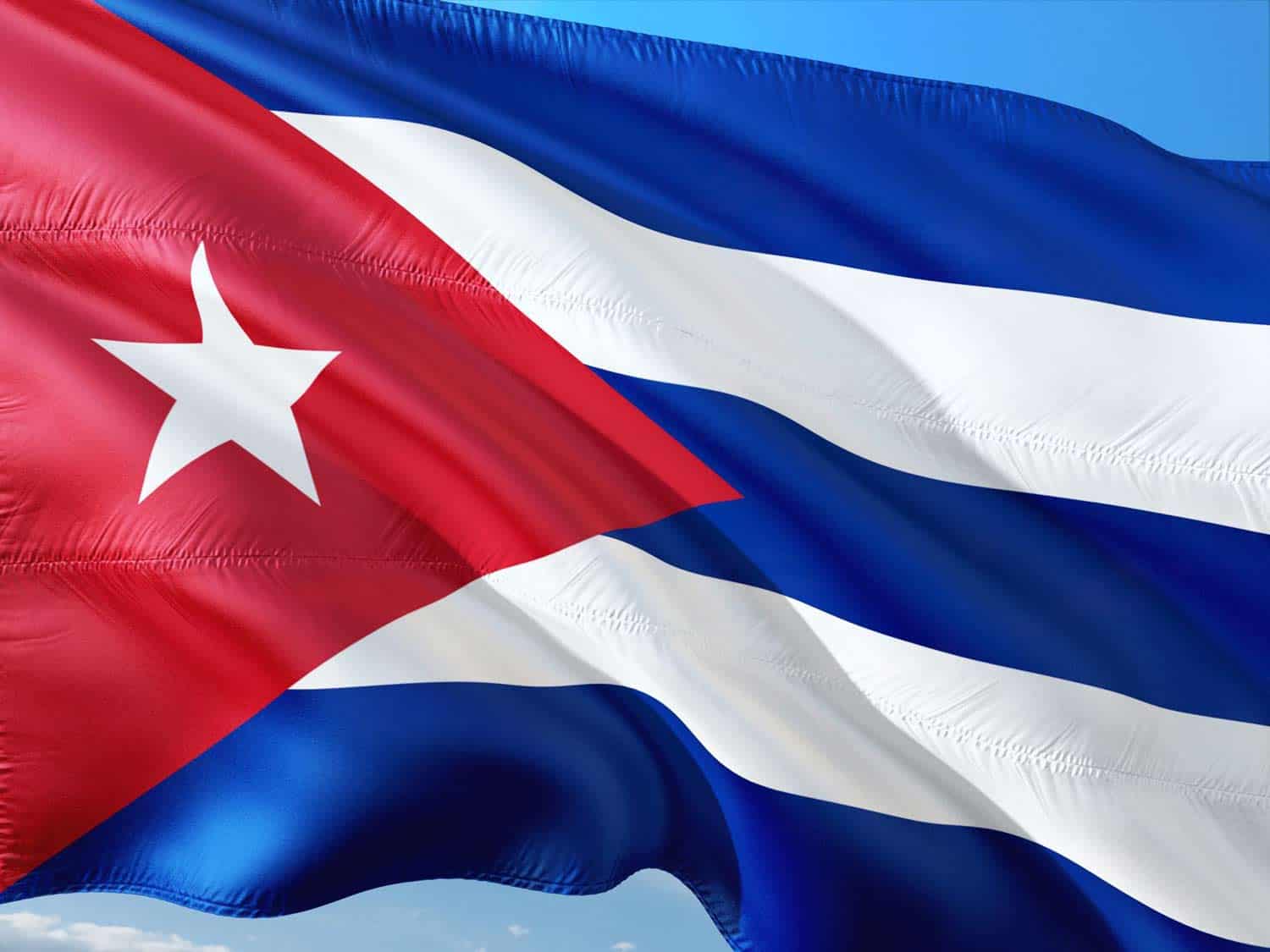 Created by Narciso López in 1849, the Cuban flag represents one of the nation’s national symbols that accompanied those who fought for the independence of the island.

Narciso López worked for the Spanish Crown and for years faced the liberating army of Venezuela, his native country.

Later he traveled to Cuba and decided to join the fight for the liberation of the Spanish colonial yoke, since his position before the Crown had changed.

Thus, he pronounced himself in favor of the Cuban cause and years later he ended up in exile in New York, the United States.

History of the Cuba flag

According to anecdotes told by Narciso himself, he woke up one day during the time he was in exile.

He looked out the window by chance and witnessed an unprecedented landscape which he described as:

A triangle of red clouds announcing the dawn, and in the triangle shone the star of Venus, the morning star, while two white clouds departed from the triangle to divide the shining sky into three blue stripes

After captivating himself, he saw the similarity of the colors with the American flag.

And said by himself, he was inspired by it to create the first prototype of the flag that would guide the next insurrection in the Largest Island of the Antilles.

Who made the first Cuban Flag?

The design was made from the vision Narciso López had and his idea of ​​creating the first Flag of Cuba, materialized with the help of “the poet of The Freedom” Miguel Teurbe de Tolón y de la Guardia and his wife Emilia Margarita Teurbe Toulon y Otero who was in charge of sewing it by hand.

The nephew of both of them, José María Sánchez Iznaga, helped in this process.

Other people like the Cuban patriot, José Aniceto Iznaga Borrell, Juan Manuel Macias from Matanzas and Cirilo Villaverde, a prominent Cuban writer, also helped in this.

Other flags in Cuba’s history

The definitive, official and internationally recognized flag is the one created by Narciso López.

But throughout history there were others that accompanied the Cuban liberators such as La Demajagua flag (Flag of Yara or October 10th) created by Carlos Manuel de Céspedes, who was also known as The Father of the Nation.

It was used as the needed symbol that would unite the patriots in the war for independence.

Its preparation was headed by Candelaria Acosta, a Cuban independentist who also was in a romantic relationship with Céspedes.

Original form of the Flag of the Republic of Cuba

Made with the colors previewed by López, the original flag of the Republic of Cuba is rectangular in shape and formed by:

Each of the parts of the flag and its colors has great meaning for Cubans since its origin:

The red color represents the blood spilled in the fight, a sign of courage that lies within the triangle that alludes to the ideals of the French Revolution:

The blue color of its three stripes refers to the three departments in which Cuba was divided:

On the other hand, the white stripes symbolize the purity of ideals and the virtue of Cubans.

The white star located in the center of the triangle, known as the solitary star, epitomizes the free, independent and sovereign republic that Cuba should be.

It was composed of five white points that meant perfection of the master mason that was based on the:

The flag has a rectangular shape and its five horizontal stripes, all of which are the same width, the equilateral triangle and the white star together comprise the integration of the three symbolic numbers:

Other meanings and historical importance of Cuba flag

During the 10 Years War, to achieve independence, the lone star flag led the Constituent Assembly of the Republic of Cuba in Arms, which convened in Guáimaro, Camagüey on April 11th, 1869, since it served as an inspiration in the struggle for liberation.

And it officially represented a symbol of honor and loyalty for all Cubans.

During the meeting it was present along with the flag created by Carlos Manuel de Céspedes, La Demajagua, which was subsequently preserved as a national treasure and was part of the sections carried out by the House of Representatives, considered greatly symbolic.

Years later, on May 20th, 1902, the Cubans had achieved the end of the independence war and as a symbol of victory, Máximo Gómez raised the flag in the morning and it waved from Los Tres Reyes del Morro castle, in Havana.

When was the Cuban flag first hoisted?

History tells us that the cuban flag was first hoisted in the United States.

But the first canvas that led the expedition of “Pampero” in 1851 by Narciso López for national liberation.

It was hoisted for the first time in Cuban territory in Cárdenas, Matanzas on May 19th, 1850, a city taken by Cuban rebels.

When was the Cuban flag considered for the first time a national symbol?

Since February 24th, 1976, the date on which the previous Constitution of the Republic of Cuba came into effect.

For the first time, the Lone Star Flag was considered the nation’s Patriotic symbol.

The national symbols are those that have presided over the Cuban struggles for independence, for the rights of the people and for social progress for more than a hundred years

as it says in article 4.

Uses of the Cuban flag

The proper use of the Cuban flag is governed by several regulations established in the Constitution and laws.

However, after the approval of the new Constitution in February 2019, some of these statutes have changed.

The bill of the national symbols of the Republic of Cuba of the year 2019 introduces new rules for the use of the national flag, that it can be used in vehicles, places of residence, clothing, objects and works of art.

In the case of clothing, it should always be placed in front and should never be part of pocket squares, skirts, pants or underwear.

In addition, it can be used properly in a horizontal or vertical position, always in a clockwise position in case there is a speaker, as well as on a 3 or 4.80 meter pole in:

Embassies and Consulates of Cuba

⭐Bans of the Lone Star Flag

The prohibitions of the use of the Cuban flag are shown in the following cases:

Images of the Cuban flag

We have compiled a catalog with the best images of the Cuban flag that you can download, we show the illustrations below:

Other images of the flag are those that come in .png format, here you can find them with the best quality and diversity.

Cuba Flag images to be colored

A complete collection of different images of the flag to be colored, which you can print right now.

Flag of Puerto Rico and Cuba

… Cuba and Puerto Rico are of a bird with both wings, they receive flowers and bullets in the same heart …

It is mainly because they fought under the same ideals, when a group of Puerto Rican exiles joined the Cuban Revolutionary Party, just after they adopted an emblem similar to that of the Lone Star.

Symbolizing the brotherhood in the revolutionary struggle between the two peoples.

The importance of the flags of both nations is derived, which have great similarity in terms of their colors and shapes.

With the difference being that the flag of Puerto Rico has the colors of the triangle and the 3 stripes inverted.

And so it was created in 1895 following the same design as the Cuban flag.