Recently, the increase of WiFi zones and the use of mobile data with 3G technologies by Cubans, services offered by ETECSA have caused the apps to make video calls to friends and family on the Island increase.

Some have become more popular than others; and even, one of them is no longer the favorite after the release of its last update in the beginning of 2019.

But, regardless, we keep using all those apps daily, because they make communication with the people we love outside of the country easier.

What are the best apps to make video calls to Cuba?

These are the best apps used nowadays to make video calls to Cuba:

WhatsApp is possibly the most reliable app for messages and calls used these days in Cuba.

It allows us to make free and secure video calls to the contacts on our phone that have also WhatsApp.

One of its greatest advantages is that it works perfectly with the low speed of connection available in Cuba.

According to a survey, this is the second lowest worldwide data consuming app, after Telegram, which no offers the videocall service.

It is also very personalized, since their users can access their services from Android, iOS, and Windows phone devices.

Its interface is very simple to use, you just need to install the app on your device and instantly you can use its services including video calls, messaging and more. You can download it here.

This is another of the apps used in Cuba with the purpose of making video calls outside the Island.

It is a very personalized and fun app since it has a great collection of stickers which give more visual interaction to our talks.

Nevertheless, it is also one of the highest-data-consuming platforms; although its creators launched a simplified version in its last update on January 9th, 2019, this is still one of the disadvantages to its use in Cuba.

Although it consumes a lot of data, most Cuban users use Facebook habitually, and the same goes for its video calls and messaging app. Access it here.

Skype is an app Microsoft created in 2003 that allows users to make free video calls, audio calls and text messages to other users who also use it.

Cubans can easily communicate using mobile data or WiFi through this platform to friends and family around the world.

In order to use Skype, it is necessary that the user downloads the app, installs it and synchs it to its official website.

It is available only for Windows, Mac OS X and Linux. This app is one of the most popular around the world and it works with low-data consumption.

It keeps an encrypted code that permits you to have private and secure conversations; furthermore, it has high image quality and good audio clarity.

In the same way, it’s quite personalized since it has clever messages that strike our attention, a shared screen, group calls, subtitles and more features that make it very useful for its users. Download

The Google messaging app is also very used by Cubans to make video calls out of the Island.

Video calls service is available to be done with up to a 10-person group if it’s made through a smart phone.

To use Hangouts, the user must have a Google account and access it through a computer or cell phone.

Its interface is very simple, which makes the user’s interaction easier, offering, in the same way, a group of characters to make funnier the chats.

It’s available for Android and Apple devices with no cost at all, and it is also a low-data-consuming app. Download it here.

IMO used to be the preferred app for Cubans to make video calls to family and friends when access to the internet started in the country.

Nevertheless, its great peak lasted until December 2018, just before its last update, when thousands of Cubans noticed they couldn’t communicate with American numbers.

This is a very stable platform that can be easily used with a low speed of connection, like the one available in Cuba. All you need to do is install it and call the contacts you add on your device.

Users look forward to the solution for the problem that they can’t communicate with American numbers with the release of the next update.

Since it uses low data, the image quality on the video calls and the texting security are compromised because of its lower quality compared with the other apps mentioned in this article. You can download the Android version here. 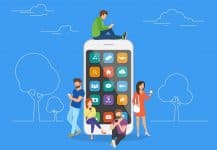 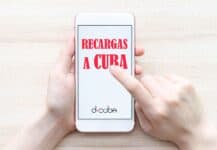 How to Call Cuba