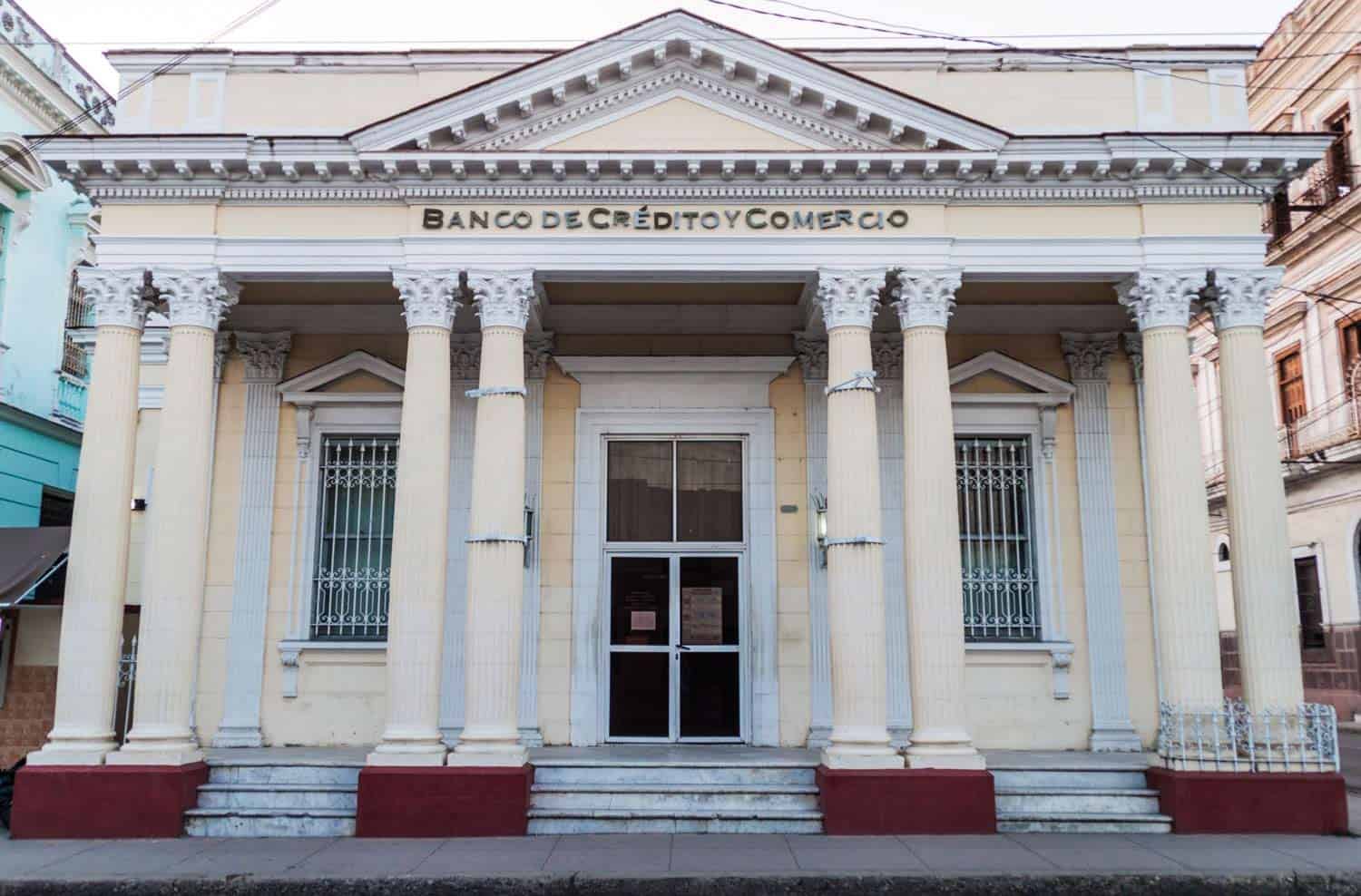 The Banco de Crédito y Comercio, BANDEC, (in English: Credit and Trade Bank) is one of the banking institutions of Cuba with representation in all the provinces of the country.

It has almost 10 000 employees and managers in the whole national territory who are distributed between the Central Office, its headquarters in each province and all its branches.

Its net of branches in Cuba add up to more than 200, from which a total of 109 are interconnected through the Public Net of Data Transmission.

BANDEC was created on November 12th, 1997 through the provisions of Agreement No. 3215 of the Executive Committee of the Council of Ministers.

Through the provisions of Resolution No. 1 of 1997, this entity has a general license executed by the BCC (Central Bank of Cuba, by its acronym in Spanish) to develop essential and universal functions for the commercial bank in Cuba and abroad.

Nowadays, it has close relationships with 14 international banks in Europe, Canada, Latin America and Africa.

What services does BANDEC offer?

In BANDEC we can find a varied service portfolio in which we can find the following services:

BANDEC is actually the principal issuing bank of RED debit cards, which are linked to the service of Social Assistance beneficiaries, as well as savings accounts in freely convertible currency (MLC, from its acronym in Spanish).

In order to have a bank account in BANDEC, it’ll be needed that the client defines, first of all, the kind of account they wish to request.

Therefore, they’ll have to fill out the request form and then provide the required documentation including the identification document and, in some cases, the adhesion contract.

In some applications, to open an account in BANDEC, some minimal conditions of an initial deposit will also be added to set it up.

The next list groups the accounts types that you can have in the Banco de Crédito y Comercio in Cuba:

Types of cards that BANDEC issues

The cards types that BANDEC issues are the following:

This type of card is issued in Cuban peso (CUP) and in Cuban convertible peso (CUC) and its reach depends on the type of service that it is associated with.

With them you can do operations such as the payment of goods and services, transactions of money from one card to another and withdrawal of cash from ATMs.

The associated services to them are:

To formalize them it is necessary to have the account opening contract and the individual contract for the RED-BANDEC card.

Other cards that are issued in both currencies are those linked to services of payroll, shipping contractors and wholesale payments.

However, the cards of wholesale payments are only designated to state entities and budgeted units and they don’t allow the withdrawal of cash.

On the other hand, the BANDEC cards with an associated service to pensioners are only issued in Cuban pesos and they’re designated to the beneficiaries of pensions from the INASS (National Institute of Social Security, by its acronym in Spanish).

This is also a debit card but with the particularity that it’s only issued in CUC and its titleholder must be a Cuban collaborator abroad.

The card for collaborators allows to withdraw up to two supplements to those people approved by the titleholder.

In the same way, they will earn interests according to the current rates as in the savings accounts, and the titleholder can set a limit to the monthly amount of supplements they can withdraw.

BANDEC Multibanca cards are aimed for natural Cuban persons or foreigners who have accounts that are associated with RED debit cards in any of the branches of BANDEC.

The associated account can be in any modality and with them the Multibanca service can be contracted from the branch it was issued at.

In order to contract the service, the required documentation, that will be requested at the bank entity, must be provided.

The services a titleholder of a Multibanca card can access are:

The BANDEC USD card is associated to a bank account in USD, exclusively created for retail sales in MLC stores which you can find throughout the country.

In addition to being used for this purpose, the BANDEC USD cards can be used, as well, to pay services and make purchases in the rest of the network of Cuban commercial stores.

They also allow the withdrawal of cash from ATMs, but in CUC or CUP according to the current exchange rate.